The Caine Mutiny Court-Martial is a two-act play by Herman Wouk, which he adapted from his own novel, The Caine Mutiny.The play covers only the court-martial itself. Like jurors at a trial, the audience knows only what various witnesses tell it of the events on the Caine.
The TheatreWorks Community Players production was presented in the historic Henry County Courthouse upstairs courtroom which was recently restored circa 1926. $1 of the cost of each ticket was donated to the Martinsville and Henry County historical society for support of the courthouse and museum. 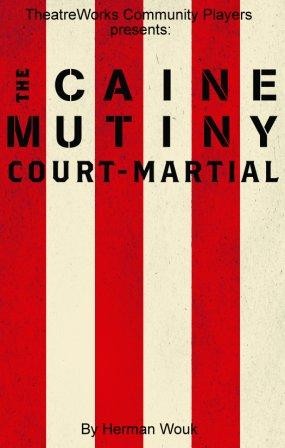