TheatreWorks Community Players was established in 2004 by a group of individuals who recognized what Community Theatre can mean to this area, including economic development, partnerships, and a showcase for local talent. In the summer of 2005 the group presented the quirky musical Little Shop of Horrors.

A desire to expand the programs offered to the community led to grants from the Harvest Foundation, and the group renovated a building on Courthouse Square in Uptown Martinsville to open a 120 seat black box theatre. The space also houses a workshop and costume area as well as a rehearsal studio, and offers a complete season of plays and musicals. TheatreWorks is a community partner of Piedmont Arts.

From the Martinsville Bulletin, Tuesday, November 3, 2009

Harvest awards $200,000 grant - TheatreWorks Community Players has received a $200,000 grant from the Harvest Foundation to fund the development of an uptown theatrical venue and to expand its programs during the next three years.

"We are elated at the news and are grateful to the Harvest Foundation for its faith in TheatreWorks Community Players," said Andy Parker, president of the TheatreWorks board. "Our board has worked very hard in the past year to put the organization in a position to build on the successful productions we've had over the last five years. Now that we are able to realize the goal of a permanent venue in uptown Martinsville, we truly believe we can be an anchor for its re-emergence."

Established in 2004, TheatreWorks is an organization of community members with a love of theater who believe the performing arts can boost cultural and economic development in Henry County and Martinsville, according to a news release from Harvest. TheatreWorks will use the grant to establish a flexible community performance venue known as a "black box theater" in an existing uptown Martinsville building, the release said.

Parker said TheatreWorks plans to rent a building at 100 East Main St. for the new venue, which will seat 90 to 95 people. Equipped with a stage and seats that can be moved around and complete lighting and sound equipment, the black box theater will be used for small performances throughout the year, Parker said. TheatreWorks will continue holding larger productions at Patrick Henry Community College.

In addition to full-scale productions, TheatreWorks plans to offer "readers theater," in which actors read from scripts that the group might decide to perform in the future, Parker said.

Drama classes for adults and children also are planned, and the space will be available for musical concerts, he said.

"We hope to have programming that's going on constantly down there," he said.
TheatreWorks plans to begin using the black box theater for its second show of the season, "Greater Tuna," which is slated for late February. The first show of the season will be "The Best Christmas Pageant Ever," which will be performed later this month.

"TheatreWorks is widely known for their commitment to offering quality community theater productions that win laughs and applause from their audiences," said Jeffrey Mansour, senior program officer for the Harvest Foundation. "Their black box theater project will provide a unique and creative venue for area residents to enjoy and participate in theatrical productions while casting a solid vote of confidence in the revitalization of uptown."
TheatreWorks' past performances have included "Beehive," "You're a Good Man, Charlie Brown" and "Peter Pan."

Parker said the group is excited about the black box theater's potential to bring more activities to uptown Martinsville.

"It's gonna have a cool factor that I don't think the city's seen in a while," he said. 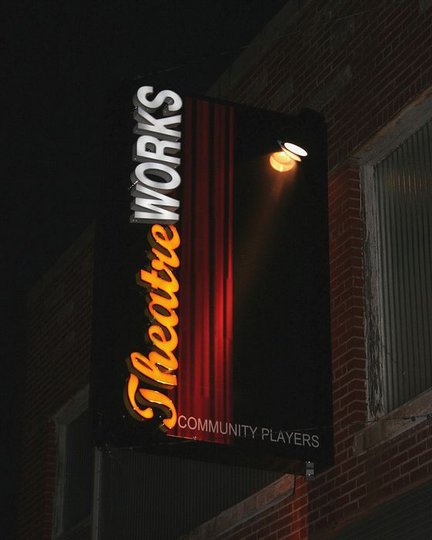